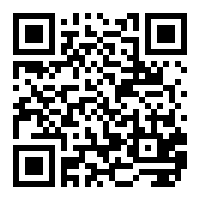 Starship Troopers is a first-person shooter game developed by Strangelite Studios using the SWARM engine. It was released on October 27, 2005. The game is directly inspired by the 1997 movie, Starship Troopers.

Set five years after the events of the film, it allows players to take on the role of a member of the Galaxy’s elite. This troop of ultra-trained soldiers aims to fight the arachnid aliens who have invaded the planet called Hesperus. Scenes from the Starship Troopers movies and Starship Troopers 2 are featured in the game.

The game has two modes – single player and multiplayer modes. The single-player or campaign mode follows the game’s story in a series of missions that are punctuated by traditional military briefings. It has three levels of difficulty: easy, medium and hard. Each difficulty level determines the veracity of the arachnids. The multiplayer mode, however, offers three different modes: Deathmatch, Team Deathmatch and Co-op. Each of them offers a very unique type of game