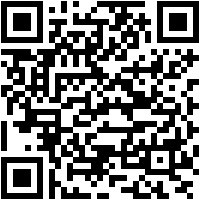 Pinball 3D Space Cadet is a pinball video game. Created in 1995, it was introduced directly into the new version of Windows at the time: Windows 95. It was then included in the following Windows up to Windows XP.

This is the digital version of the Space Cadet table from the Full Tilt game published by Maxis. The game therefore uses the details of this table, displaying it in a resolution of 640×480. As in the original game, your marble is a spaceship that goes on a mission through the universe, while trying to avoid its traps and take its bonuses. As the ball advances you earn points, and sometimes even an additional ball bonus.

The goal of the game is always the same: to earn as many points as possible with each ball sent in order to be able to move on to the next level and make the best score. For the story: you play as a space pilot. At the beginning of the game you are just a cadet, ie you are still learning. As you advance you will change in rank: Ensign, Lieutenant, Captain, Lieutenant Commander, Commander, Commodore, Admiral and, finally, Admiral of the Fleet. Each mission is different and you will have to target specific areas each time.

Many levels are available with a soundtrack that has remained a legend (but which is not necessarily activated by default) and original special effects.